We all want to see a prosperous New Brunswick now and in the future. We want our children to have opportunities to live and work in their home province. We want to deliver quality services to seniors and students and everyone in between. The Fredericton Chamber of Commerce’s vision is ​Stronger Community Through Business Prosperity and I think this vision is equally applicable across the province as it is to Fredericton. And each of us has a role to play to make that vision a reality.

Governments would not have money to spend if not for successful businesses. The tax dollars and other revenue that the business community creates funds every hospital visit, every inch of highway and every lesson our kids learn in school. It is important that governments understand and remember that – the better the business conditions that government is able to create, the more prosperous we can all be. The problem is, the further that New Brunswick digs itself into debt, the less government is able to make that happen.

Our chamber of commerce has been calling on the provincial government to put more emphasis on reducing the public debt and educating the public on the importance of such. The Department of Finance tends to publicly focus on the deficit, particularly when new estimates are seen as positive. The more relevant figure to the province’s continued viability is the net debt. When the government speaks about the deficit being lower than expected, the public is prompted to think that decisive and immediate action is not warranted – but that is exactly what our situation requires.

The time for decisive action from the Government of New Brunswick to reduce our debt has long since passed. The promised results of the Strategic Program Review did not materialize. Once health and education were taken off the table and the decision was made to continue the status quo, the exercise had limited itself to such a degree that transformational change in the province was not possible. New Brunswick needs to rethink how it taxes businesses and individuals, how best to finance our social programs and position ourselves for the new economy – but this is not governments’ job alone.

Those of us outside government need to do a better job at understanding and remembering that government is spending our money. Anytime we ask – or demand – something from government, remember how hard you worked so that government has that money to spend and particularly remember that we only have so much of it. It’s how we think about spending our money within our households, so why don’t we think of it that way when its government? Collectively, we have to be more thoughtful about what we actually need, what we can actually afford.

This is particularly relevant given the election later this year. When you hear “free” this or “government-funded” that – remember that really means – it’s being paid for by current and future taxpayers. Our collective demands have driven the provincial debt to nearly $14.5 billion. Our annual interest payments are around $700 million. That means we are paying about $80,000 an hour in interest on services that we received in the past. The Government of New Brunswick is bringing in about an extra billion dollars compared to just four years ago and yet we cannot expect a balanced budget until 2022. We are projected to have the lowest growth in the country next year, a declining labour force and the highest or second-highest tax rates on every major tax base. How are we ever going to climb out of this hole if we can’t stop digging?

A declining debt would allow government to improve the business environment in the province, attracting investment and creating more organic growth by local companies – at which point we can really build some momentum. This is the only way we are going to survive – unless we expect federal transfer payments to indefinitely prop up the province, which now account for 35% of New Brunswick’s revenue.

So as we enter another election period, I call on all New Brunswickers to say ‘no’ to unnecessary spending promises by all parties and to get behind these five areas of commitment:

Bond agencies have their eyes on New Brunswick’s financial situation, if our credit rating is downgraded, it will further increase our debt servicing cost, which will either have to come from our pockets or reducing services. Even without this involvement, interest rates are bound to go up in any event. We have a choice in New Brunswick – we can either manage growth or manage decline. If we choose growth, we must demand that our governments do the same. After all, it’s our money – let’s start acting like it.

Krista Ross is CEO of the Fredericton Chamber of Commerce​, a nationally accredited organization with nearly 1,000 members, is an active business organization engaged in policy development and advocacy that affects the competitiveness of our members and the Canadian business environment. The Chamber’s vision is ‘​Community Prosperity Through Business’. 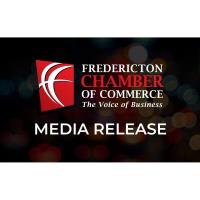